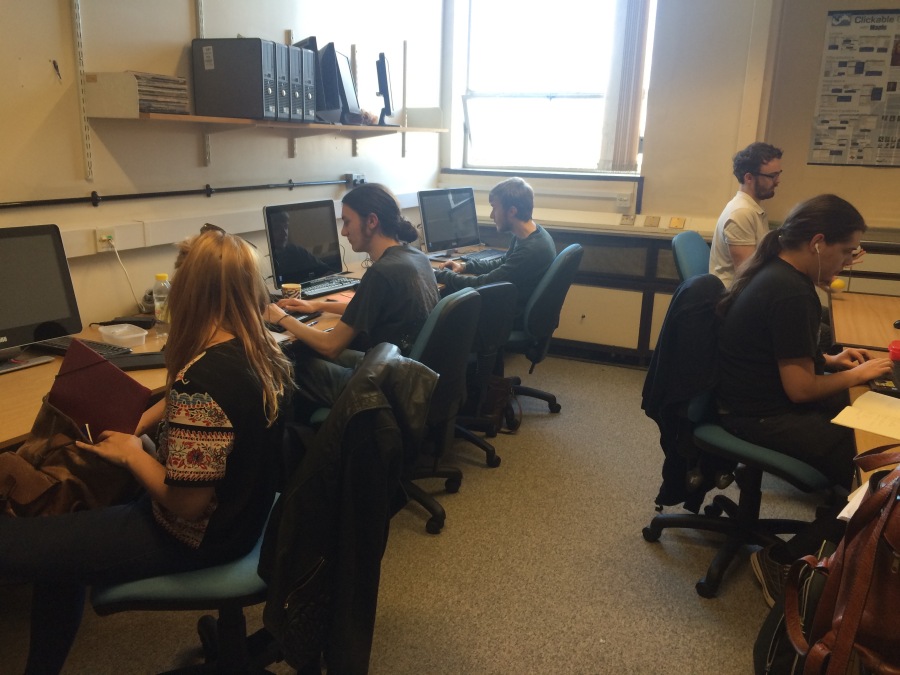 Finally the day we were looking forward to came – today we actually started writing questions with Maple TA. No more training, the questions we write from now on will be used by other students, so the pressure is on! Sure, we technically started doing this the day before, but it was mostly messing about and trying to read the darn XML (though turns out it’s not that hard when you’re used to it). 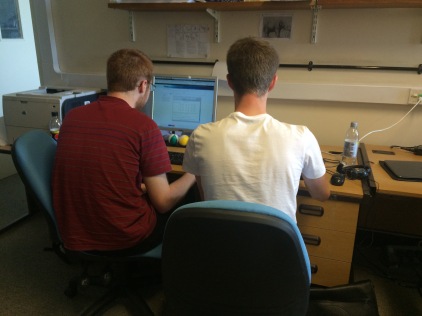 Even though we were divided into teams, everyone was still working together as usual. Personally, I am glad, because it is much more fun to work in a large team – upon average there are many more weird bugs and failures to laugh at that way.

However, due to working in close proximity to other teams, the Platyπs (Team Yellow) and I created a super secret chat so as not to leak very important code breaking information.

As far as work efficiency goes, there were some robots who managed to tick off 5 or 6 questions off the list, but most of us spent a lot of time just trying to deal with all of the weird bugs Maple TA was throwing at us. For example, Michael C. and I managed to lose everything we wrote by saving (yes, saving) our code, so make copies of your source code in text files, kids!

George spent loads of time solving a problem that turned out to be weird formatting from his browser. Meanwhile Rob was preoccupied by Maple TA just refusing to understand matrices. On the upside, we found that some Javascript errors can be fixed by refreshing the page! (This illustrates the philosophy of our problem fixes – if it’s stupid and it works, then it’s not stupid). And Nicola said writing the questions is the easy bit! Thankfully Jon and Austin were great help with many of the problems. Even though the fixes didn’t always work in all situations, they were a good start.

We did get some sunlight during the day too, as there was another juggling lesson by Greg. Yay! Sadly, he will be gone for the upcoming week, so he showed us three juggling tricks that we can practice without him. Also, he implemented a level system, so we can level up depending on how many catches we make. In my case, I am just glad that you cannot get negative levels. However, not all of us are failing that badly. Jordan surprised us all by very casually making 29 catches (only one more to level 10) – sadly we don’t have a video yet, but we’ll make sure to upload one later! 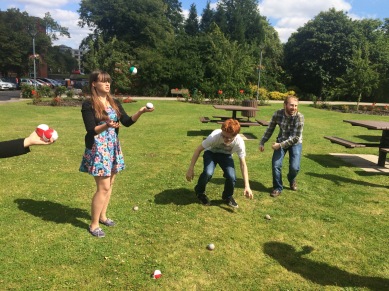 To sum up, we learned that working with Maple is  frustrating and really fun at the same time. Come to think of it, exactly like learning to juggle.